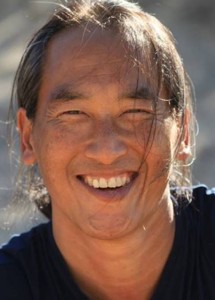 Rodney Yee took his first yoga class in 1980. At the time he was a dancing with the Oakland Ballet Company and studying philosophy and physical therapy at the University of California Berkeley. He went to yoga to increase flexibility, but found so much more – he found it combined the physical, mental and spiritual aspects of his life; he saw the transformative nature of yoga, and especially the power of the breath. Within a few years he began teaching, and in 1987 Rodney co-founded the Piedmont Yoga Studio in Oakland, CA, with Richard Rosen and Clare Finn.

Over the last 25 years, Rodney has been featured in several dozen DVDs produced by Gaiam. He has also authored two books, Yoga: The Poetry of the Body and Moving Toward Balance.Along with his wife Colleen Saidman Yee, Rodney created and is featured in the new GaiaTV Yoga Foundations Guide (gaia.com). Together they are co-owners of Yoga Shanti New York City and Yoga Shanti Westhampton Beach, and are Co-Executive Directors of Donna Karan’s Urban Zen Integrative Therapy Program. They teach workshops, retreats, and teacher trainings worldwide, and maintain public teaching schedules at Yoga Shanti in Sag Harbor and New York City.